Celebrate World Water Day on March 22nd ! On this occasion, the IWRA (International Water Resources Association) invites those interested to a webinar entitled “World Water Day 2021: Valuing Water”. The theme of World Water Day 2021 is focused on “Valuing Water“ .  Beyond the economic issues, this topic includes also the environmental, social and cultural value people place on water. With water resources facing increased pressure, understanding the many different and competing ways to value this unique resource becomes a key way to help equitably balance competing demands and interests, and reach sustainable responses worldwide today, and for many generations to come. In preparation for these webinars, access the United Nations World Water Development Report 2021 to learn more about this topic! The program of the webinar has two parts: one in the morning (9AM - 10:30 AM) and one in the afternoon (3 PM - 4:30 PM). During the morning you can listen to professional discourse on the fol
Post a comment
Read more 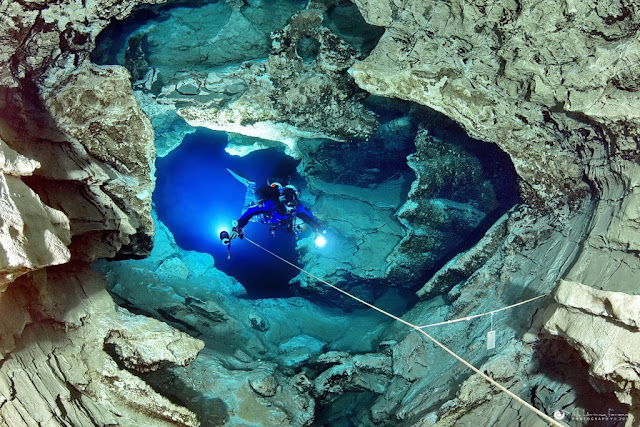 History of Molnár János Cave: Under the thriving metropolis of Budapest, only meters from the Danube’s riverbanks, lies an underground wonder: the submerged Molnár János Cave , Europe’s largest underwater  active thermal water cave. Deep thermal karst waters are responsible for the formation of the cave, which is still actively forming, albeit very, very slowly. In the 19th century, János Molnár, a pharmacist , investigated the dry section of Molnár János cave. He also analysed the health benefits of the spring water that feeds Malom Lake, at the entrance of the cave. Based on his results, he concluded that there is a huge underwater cave system beyond the known section of the cave. The underwater exploration started in the 1950s, and  divers successfully explored and charted more than 400 meters of the Molnár János cave system only in the 1970s and 1980s. Then, in 2002, divers found a new passage . The new part was considerably larger, with the biggest charted hall over 80 metres long
Post a comment
Read more

The International Year of Caves and Karst (IYCK) is a series of events organized by the Union Internationale de Spéléologie (UIS) , an international organization of 55 member countries. Caves and karst occur around our planet but few people understand the great value of caves to humanity. Even fewer know what karst is. By 2021, UIS has launched a global project with the ultimate goal of introducing as many people as possible to these critical and multifaceted natural resources. „Explore, understand and protect“ is the main goal of the IYCK. The virtual opening ceremony of the IYCK took place on the 26th of January. In addition to the video of the opening ceremony, you can also watch a 6 minute long video showing some of the most beautiful examples of karst and caves in the world and explaining why their protection is important. You can watch the video here: International Year of Caves and Karst MOVIE If you are interested in more videos during the year visit the event’s YouTube Channe
Post a comment
Read more

Climate change affects local communities around the world. The dangers are manifested in various extreme events, but the most common problem is caused by a lack or excessive amount of water. As a result of climate change the average temperature is expected to increase with 3-5 °C in Hungary. Periods of water shortage and drought are increasing, while raining is becoming more unpredictable and intense, causing worsening flood and inland water problems. Natural approaches have an important role to play in protecting water resources and addressing the risks associated with climate change. Source:  http://nwrm.eu/hydro-morphology Source:  http://nwrm.eu/hydro-morphology Adaptation practices related to water management, which are based on the use of natural processes and ecosystem services, are called  Natural Water Retention Measures  (NWRM). As natural water retention solutions are considered a “powerful” adaptation option, their encouragement and support is widely desirable. These measu
Post a comment
Read more 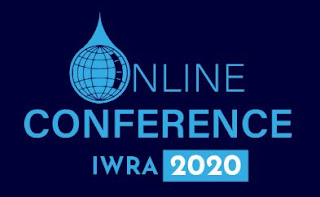 The IWRA (Inter national Water Resources Association) organized a free and online conference entitled “Addressing Groundwater Resilience under Climate Change” on October 28-29-30 2020. “Currently, climate change has become an undeniable major pressure on the world’s freshwater resources. Yet, the effects of climate change on groundwater, the most significant freshwater resource on Earth, are still poorly understood.”  The conference offered a special opportunity to share research results about the effects of climate change on natural groundwater resources, groundwater pollution and remediation, the available technology for that, and highlighted the importance of governance, management, policy and education as well. Among others, Managed Aquifer Recharge and its role in climate change adaptation was introduced, which is one of the main topics of ENeRAG. After the presentations, questions and answers could be discussed which promoted scientific knowledge exchange and gave new ideas t
Post a comment
Read more 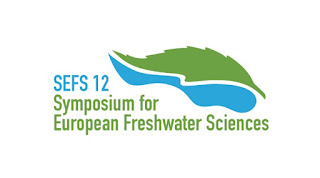 The Symposium for European Freshwater Sciences (SEFS) is one of the most important international water conferences held every two years in various European cities. This year, Dublin undertook to organize, but due to the COVID-19 pandemia, the event would be held online from July 25-30, 2021. You can register now for the virtual conference: registration (early bird)
Post a comment
Read more 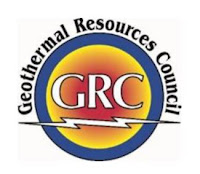 Susan Fox Hodgson , from the US, associate of the Geothermal Resources Council (GRC) came from California to Hungary to see water conditions of the country. She has visited Hungary personally, met some Hungarian hydrogeologist and geophysical experts to get to know the Hungarian thermal waters and wells. Based on her research and conversation with the experts wrote the material titled as “Sprinkled Like Paprika, The Thermal Waters of Hungary” , published in the GRC BULLETIN June 2020. The hole study is available  here . Source: Susan Fox Hodgson: Like Paprika, The Thermal Waters of Hungary
Post a comment
Read more
More posts 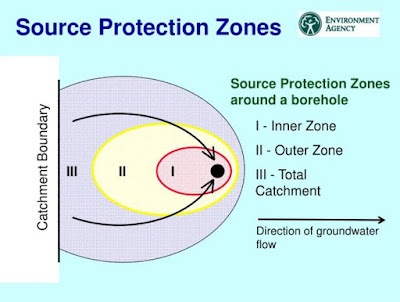 Water is one of the most important natural resource. As you could read in the previous post , untreated „raw” water is usually not suitable for human consumption due to the natural biological and chemical processes and human pollution. Water must fulfill very high quality standards to be safe to drink in bottled form or through water pipes. Not surprisingly, drinking water is the most controlled foodstuff in Hungary . The best way to protect our water resources is to prevent pollution and keep surface water and aquifers safe from contamination. As a first step, we must do hydrogeological researches to recognise local geological and groundwater conditions and put it into a regional perspective. Based on this knowledge, we can plan safety regulations and create source protection zones . These areas are defined based on the hydrological basin’s groundwater flow conditions, potential sources of pollution, and geological data. As a result, hydrogeologists can count how fast the pollut
Read more 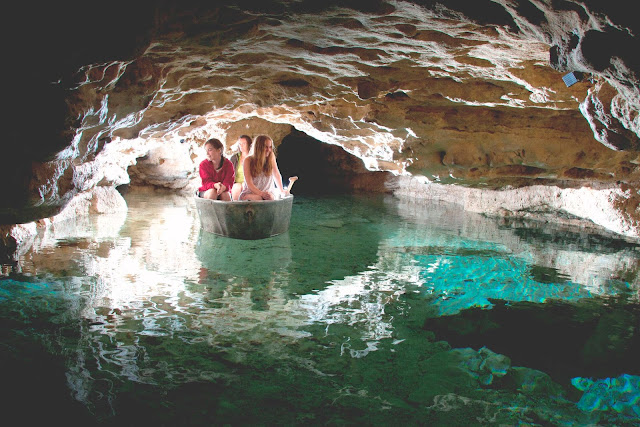 The discipline of hydrogeology is essential for mining activities as a part of a complex geological-engineering knowledge. There­ are two main considerable connections between mining and water. First one is that mining activities mean a huge intervention in natural processes which is also true for the water cycle on regional scale . Furthermore, it is well-known that water can easily mobilize and transport natural and anthropogenic contamination . In the following, we can see the details of these two effects to make a better understand of mining–water connection.  To understand the changes in water cycle we must keep in mind that – according to modern hydrogeology – in the saturated zone, under the groundwater level every pore is filled with water. Therefore, if the mineral is under the groundwater level, the water table must be sunk below. This is usually achieved by pumping wells creating a depression cone . The artificially generated depression can cause changes in the groundw
Read more 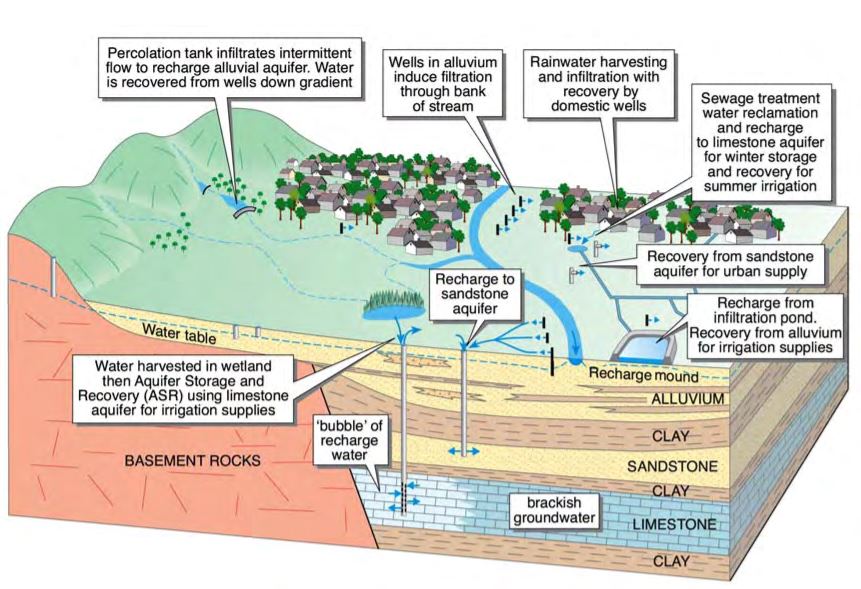 Perhaps some of you harvest rainwater from roof-tops to irrigate, collect surface runoff water from the hillside, or have drinking water from bank filtration. Previous examples are called managed aquifer recharge – MAR systems. The MAR technology is based on the aquifers’ artificially inhanced recharge in an eco-friendly way to guarantee groundwater’s appropriate quality, chemical composition and quantity. Surface water, rainwater, or even treated wastewater can be used as recharge water according to the MAR system’s purpose : stop water level decrease in arid regions or seasons and have enough water reserve for agriculture and vegetation. Treated wastewater can be used for this purpose; store water under the ground which can be more efficient than storing surface water. Groundwater is naturally protected from surface contamination and evaporation loss, so we can preserve more water in a better quality; purify water naturally. Some pollutants are stuck during infiltration thr
Read more